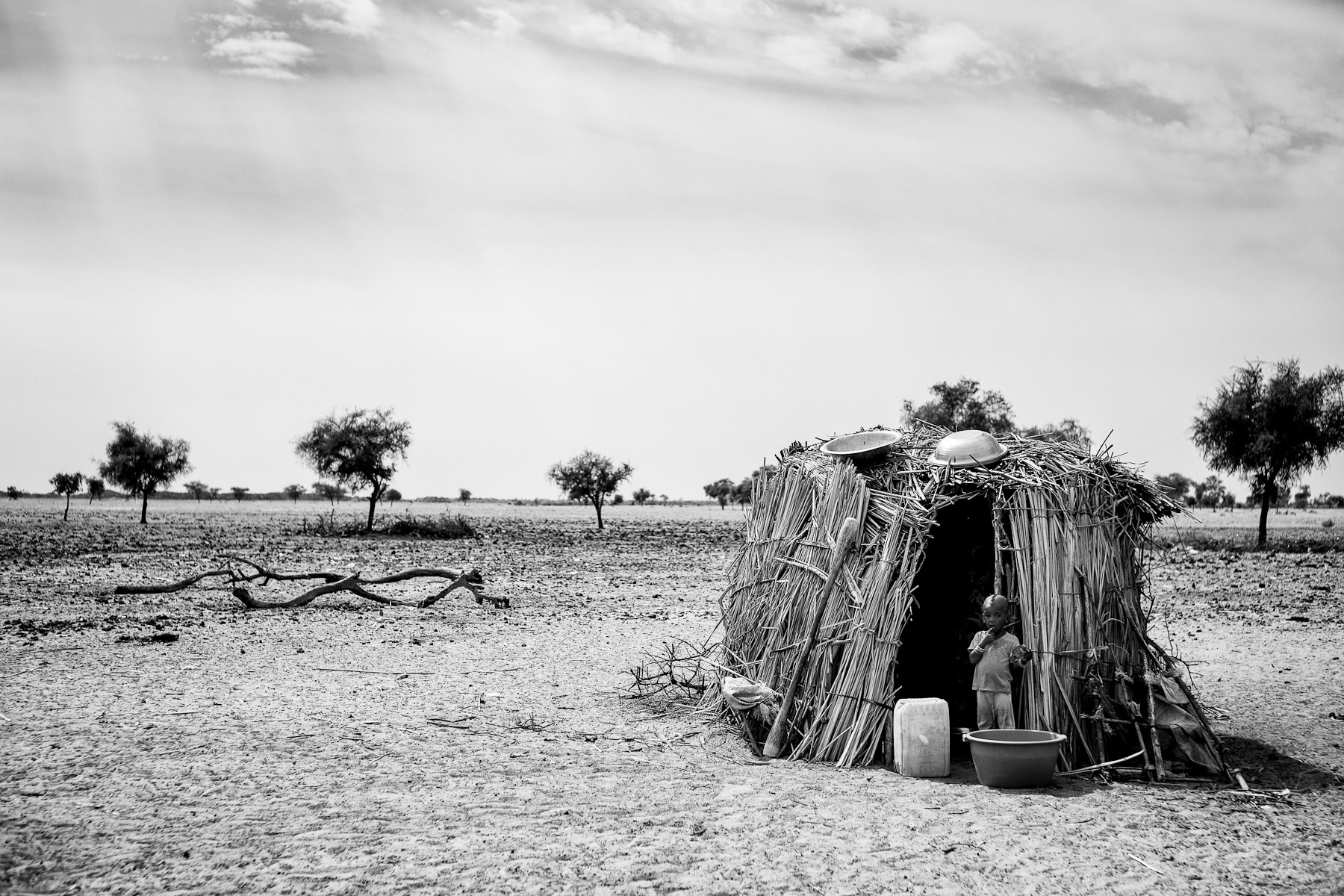 A small hut in the village of Ndiourki is seen overlooking an embankment indicating the outer limits of plantations of Senhuile/Senethanol company on January 8, 2014. The village is now surrounded with the industrial plantations on the West side and agricultural land of farming community on the East side, thus leaving the villagers with very little grazing land for their cattle. This has severe negative impact on the possibility of predominantly pastoral community to provide for their cattle, which traditionally present their main source of food and income. The operation of Senhuile/Senethanol threatens to destroy sustainable small-scale livelihoods, and if it continues, villagers will have to leave their homes due to lack of access to basic livelihoods necessary for their survival, including grazing land for their cattle, water and firewood.

All photos on this site are © LUKA DAKSKOBLER. Any use without permission is subject to a fine. Site design © 2010-2023 Neon Sky Creative Media